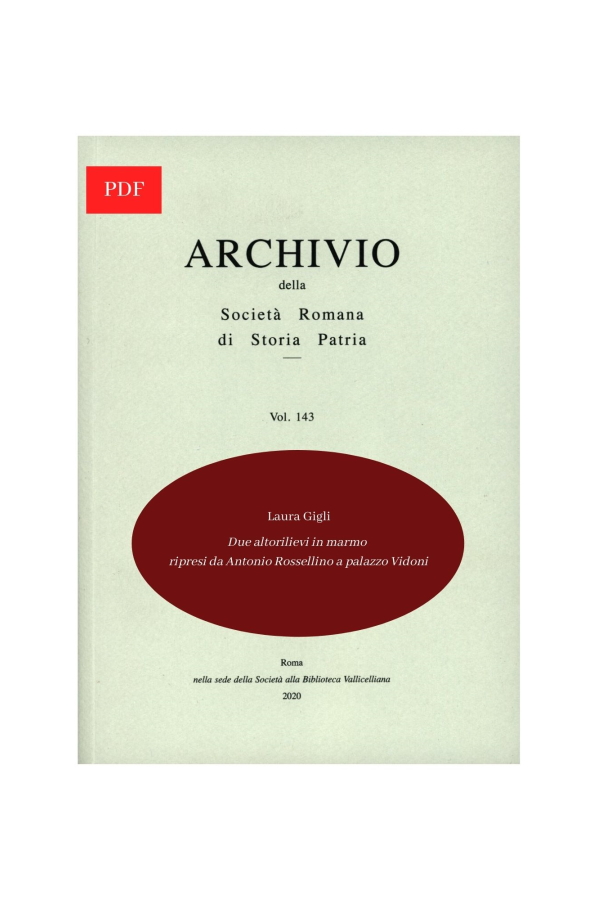 In Palazzo Vidoni there are two marble high-reliefs representing the Adoration of the Virgin and the Annunciation to the Shepherds and the Madonna with the Blessing Christ Child, on which a recent restoration project has focused our attention for the first time. The former is a replica of a sculpture by Antonio Rossellino (Florence, Bargello Museum), of which two other versions in terracotta are known in Berlin and Amsterdam; the latter is taken from the medallion for the tomb of Cardinal Giacomo di Lusitania in San Miniato al Monte and based on a compositional scheme repeated in three other monuments by Rossellino himself. The two Roman works are to be considered ninteenth-century “forgeries,” a status that makes them significant markers of a phenomenon typical of the taste and culture of the time: such works were simultaneously an answer to market demands, and a marked of artists’ recuperation of Renaissance artistic traditions in the face of growing industrialization.